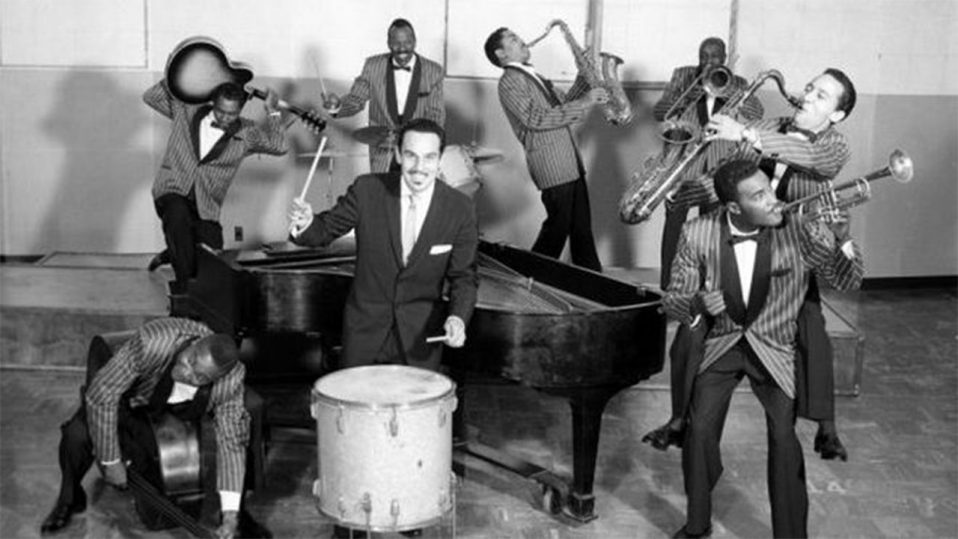 Join us for EMBCA’s “100th Anniversary of The “Godfather of Rhythm and Blues”: Johnny Otis/ Ioannis A. Veliotes” Panel Discussion on Sunday, January 9, 2022 at 2 P.M. EST / 9 P.M. Athens EEST . The Anniversary Commemoration will celebrate the life, times, and works of an iconic and amazing figure in the musical world, a Rock and Hall of Famer (1994), the “Renaissance Man “ of Rhythm and Blues - Johnny Otis on the 100th Anniversary of his birth (12/28/1921), and the 10th Anniversary of his passing (1/17/2012). The distinguished panel, in formation, will include Producer /Co-Producer of Theatre, Film, Music, and Live Events Voza Rivers; Author/Historian/Activist Herb Boyd, Professor of the Black Studies Program at the City College of New York (CUNY); Author/Poet Nicholas Alexiou, Professor of Sociology and Director of the Hellenic American Project at Queens College; and Filmmaker Tassos Rigopoulos Assistant Professor in the Media Arts and Technology Department at the Borough of Manhattan Community College (CUNY).

Johnny Otis (born Ioannis Alexandros Veliotes ) was an iconoclastic figure who wore a number of different musical hats as well as contrasting ones over a multitalented career spanning more than half a century. He was an American singer, musician, composer, arranger, bandleader, talent scout, disc jockey, record producer, television show host, artist, author, journalist, minister, and impresario. He had a seminal influence on American R&B and Rock and Roll. He discovered numerous artists early in their careers who went on to become highly successful in their own right, including Little Esther Phillips, Etta James, Big Mama Thornton, Johnny Ace, Jackie Wilson, Little Willie John, Hank Ballard and the Midnighters, and The Robins(who eventually changed their name to The Coasters), Sugar Pie DeSanto, among many others. He produced and played on Johnny Ace's "Pledging My Love", and produced some of Little Richard's earliest recordings. On his own Blues Spectrum label, Johnny recorded and played with Rhythm & Blues pioneers such as Big Joe Turner, Gatemouth Moore, Amos Milburne, Richard Berry, Joe Liggins, Roy Milton, Eddie "Cleanhead" Vinson, Charles Brown, and Louis Jordan. Johnny played the drums on Charles Brown's first major hit "Driftin' Blues" in 1946. He also recorded with Illinois Jacquet, and Lester Young. One of the many highlights of his long career was when he performed as a drummer with the great Count Basie Orchestra. Johnny Otis had a profound impact on music and helped guide the industry from jazz to rhythm and blues and rock and roll. Eventually he came to be known as the "Godfather of Rhythm and Blues".

He was born in Vallejo, California, to Hellenic immigrant parents, Alexander J. Veliotes, a longshoreman and grocery store owner, and his wife, the former Irene Kiskakes, a painter. He had a younger sister, Dorothy, and a younger brother, Nicholas A. Veliotes, who became very well known in his own right in diplomatic circles as U.S. Ambassador to Jordan and Egypt among many other prominent roles. Johnny grew up in a predominantly black neighborhood in Berkeley, California. He became known for his choice to live his professional and personal life as a member of the African-American community. He wrote, "As a kid I decided that if our society dictated that one had to be black or white, I would be black." Although not black, he was immersed in Black culture from an early age which he loved with religious ferocity and to consciously identify with black culture. He said he considered himself “black by persuasion.” “Genetically, I'm pure Greek,” he told The San Jose Mercury News in 1994 but chose to live his professional and personal life as a member of the Black community which was very public and well documented. Ioannis/ John Veliotes changed his name to the Blacker-sounding Otis, the end of his surname, when he was in his teens.

The Greek-American musician never lied about his actual roots, yet he was so widely seen as a black American that one night in 1960, racists burned a cross on his lawn. Even that did not deter him in continuing his support for the cause of equal rights. In 1979, he told the Los Angeles Times, “Yes, I chose, because despite all the hardships, there’s a wonderful richness in black culture that I prefer.” During this time, Johnny Otis deeply identified with and drew considerable strength from the democratic aspirations of black workers and youth fighting for equality in the Civil Rights movement. He became an active participant in these struggles, joining picket lines and taking part in fundraising events. In 1961, he began writing a regular column for the black newspaper the Los Angeles Sentinel, exposing racial injustice and the brutality of the LAPD.

It was only natural that he became a dedicated civil rights activist, and at some point he even became friends with Malcolm X. He made appearances at sit-ins targeting segregated lunch counters, and wrote opinion pieces for the Los Angeles Sentinel about the problems of the L.A. black community, including a condemnation of California’s segregated housing laws. For example the 1965 Watts Riots inspired him to write “Listen to the Lambs,” in 1968 a book about racial oppression and the plight of black America. In 1975, he was ordained as a minister, and three years later, he founded the New Landmark Community Gospel Church in Santa Rosa, California, and presided over services there until the church closed in 1998.

Join us for a panel discussion into the complex fascinating life and legacy of Johnny Otis/ Ioannis Veliotes, the son of Greek immigrants who devoted his heart and soul to the Black community, who broke musical and cultural barriers and who was at the center of the creation of Rhythm & Blues and Rock & Roll while risked it all to proudly support the struggle against racial injustice.