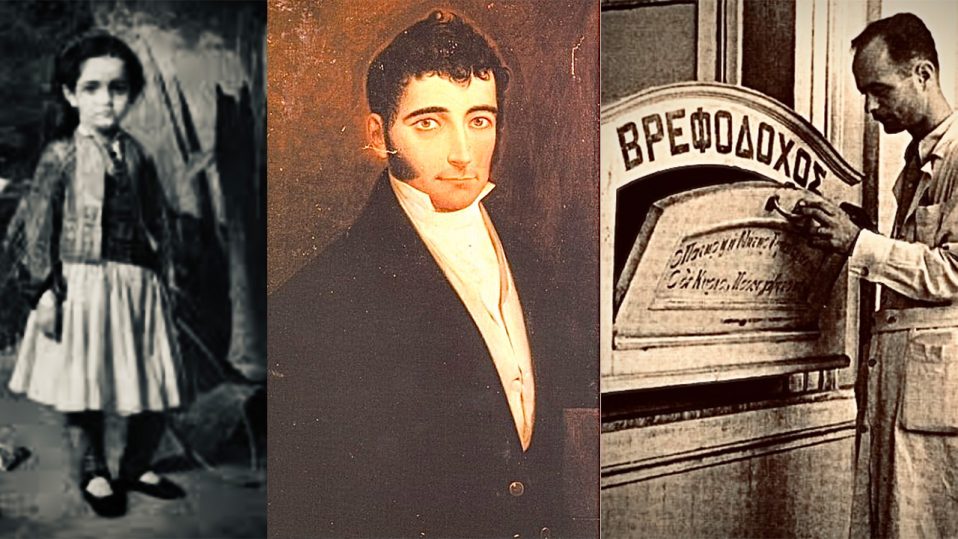 Join us for EMBCA's “Hellenic Orphans Taken Abroad from 1821 through the 1960’s” Panel Discussion Webinar on January 31 at 2 P.M. EST (11 A.M. PST, 9 P.M. Athens EEST). The panel for this unique event will be moderated by Lou Katsos, EMBCA's President. The distinguished panel will include Prof. Gonda Van Steen the Koraes Chair of Modern Greek and Byzantine History and Director of the Centre for Hellenic Studies at King's College; Historian/Educator/Author Constantine Hatzidimitriou, and Dr. Theodosios Kyriakidis the Chair of Pontic Studies in the School of History and Archaeology at Aristotle University of Thessaloniki.

The etymology of the word orphan is Hellenic from the word ὀρφανός (romanized- orphanos) and is a child whose parent(s) have died, are unknown or have permanently abandoned them. The causes for orphans are many - wars, genocide, economic problems, cultural stigmas, social chaos, natural disasters, and plagues, and was used to describe children who lose their father before puberty, and with other definitions over time. Over the last 200 years the causes outlined have created tens of thousands of orphans and sometimes in one occurrence alone as for example the Chios Massacre in April, 1822 which also resulted in over 50,000 deaths. In this panel discussion the topic of Hellenic orphans (and some not so) brought over to America from the Hellenic Revolution and others to the Cold War period will be discussed. Due to the enormity of this Hellenic orphans topic our panel discussion will focus on three areas and time periods the first being on the Hellenic Revolution of 1821 orphans that were brought to America., second the 30 year Hellenic genocide period (1894-1924) Hellenic orphans, and third the Hellenic Cold War period orphans that were brought abroad in the 1950's and 60's. We hope this panel discussion and conversation contributes to a wave of research and continuing discussions on this very important but not often, and by most rarely, discussed topic.

This event and others we have had, and are being planned are part of EMBCA’s American Hellenic Revolution of 1821 Bicentennial Committee series of events focusing not only on the Revolution but also importantly on the American, Diaspora and International aspects and influences of the Revolution for its upcoming 200 Year Anniversary.

Register for Event: “Hellenic Orphans Taken Abroad from 1821 through the 1960’s” Panel Discussion

Your ticket for the: “Hellenic Orphans Taken Abroad from 1821 through the 1960’s” Panel Discussion