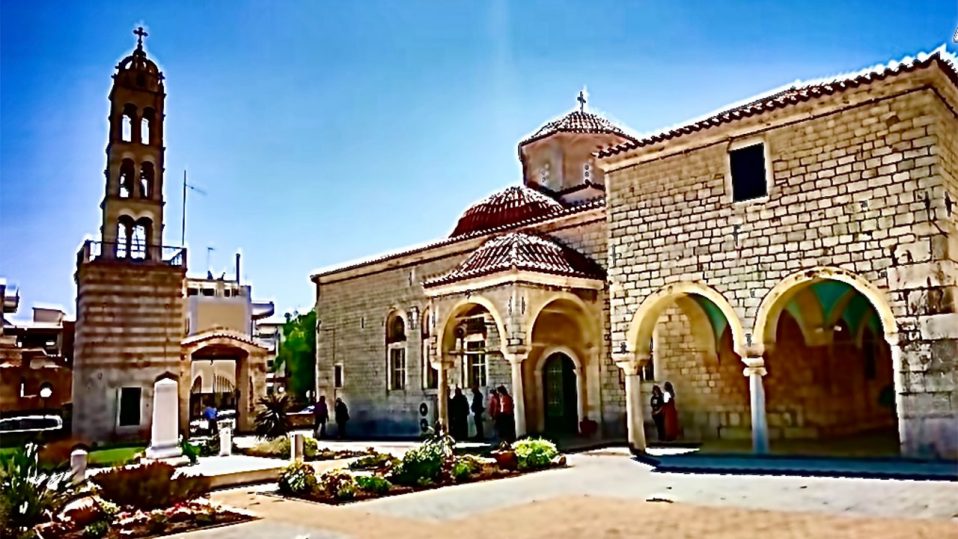 Last year in late July, 2021 Lou Katsos EMBCA’s President (also representing The Greater Harlem Chamber of Commerce and AHEPA's Hellenic Cultural Commission), and EMBCA Directors Konstantine Drougos and Eric Hill (also representing Florida's Plato Academy Charter Schools) made what was called a “Pilgrimage to Philhellenic Revolution of 1821 Holy Burial Ground in Argos, Greece.“ . The trip to Ayios Ioannis Church in Argos, Greece was to commemorate and speak about Americans George Jarvis & James Williams, and other philhellenes who fought in the Hellenic Revolution, and are buried in the Ayios Ioannis/ St. John Church’s grounds in Argos . It was one of the most important events relating to the 200 th Anniversary of Hellenic Revolution of 1821 in Greece last year.

George Jarvis was the first American to join Greece’s fight for freedom. Wearing the foustanella and known as "Captain Zervas/Zervos" he reached the rank of Lt. General In the war. James Williams, was an African-American slave from Baltimore, who fought in the Barbary Wars as a U.S. Navy Marine and later under Lord Cochran’s Hellenic Navy fleet, fought at Nafpaktos, and other areas.
This video (click here) was taken during that visit. When visiting it was discovered that it was not known where the American Philhellenes were buried in the Church’s courtyard, nor others.

This panel discussion, among other things, will go into what has transpired since the commemoration, expand on what is known on who is buried in Ayios Ioannis, and discuss EMBCA’s plan to conduct an Ground Penetrating Survey of the Ayios Ioannis grounds, after approval from Greece’s Archeological Agency, to find the locations of those buried there. Argos in the the Peloponnese, Greece and is one of the oldest continuously inhabited cities in the world, and the oldest in Europe.

This event and others we have had, are part and an extension of EMBCA’s American Hellenic Revolution of 1821 Bicentennial Committee series of events started two years ago which focused not only on the Revolution but also importantly on the American, Diaspora and International aspects and influences of the Revolution.

Your ticket for the: “Revolution of 1821 : American Philhellenes Holy Burial Ground in Ayios Ioannis in Argos, Greece” Panel Discussion