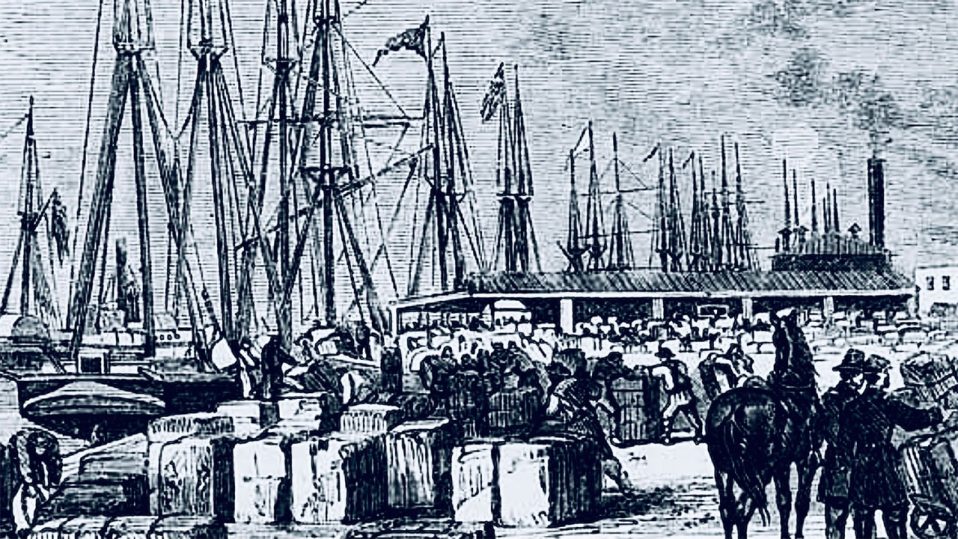 The Hellenic merchants many with aristocratic family ties to Chios were the most influential Hellenic American force within America from the 1850’s to the 1890’s but their influence is rarely discussed. In this panel discussion we will discuss how the Hellenic Revolution and the Chios Massacre of 1822 caused various Hellenic mercantile families to expand their commercial firms into various areas (Constantinople,Smyrna, Teheran, Odessa, Vienna, Marseilles, Trieste, Alexandria, Liverpool, St. Petersburg, New York, New Orleans, Charleston, etc.) and how their operations particularly dealing with the cotton trade before , and during the American Civil War helped to effect that war with the shifting of cotton supplies (to Egypt, India, etc.).

With the development of American overseas trade of cotton exports to England to feed its textile mills Hellenic merchants gravitated to New York and helped develop and took advantage the pattern of the “cotton triangle” whereby they shipped American cotton exports to England and Europe through the port of New York instead of shipping directly from New Orleans, Savannah and Charleston. The major Hellenic firms in the U.S. at that time were controlled by , or associated with the Ralli, Rodocanachi, Fachirii families in New York and the southern states. In October 20, 1855 The New York Times described the activities of these Greek cotton factors and Merchants in the U.S. in a feature article and the rapid growth in the U.S. of the great Hellenic commercial firms of the Ralli Brothers, Rodocanachi, Argenti, Baltatzi, Spartalli, and Schillizi as “one of the most brilliant episodes of the commercial annals of the 19th Century” and concluded that the Hellenic merchants were “as superior a class of business men as the commercial world has ever seen…they (were) not surpassed by any race of merchants of (the) day.”

To get an idea of the development the main Hellenic commercial merchant commercial houses established in the U.S. prior and during the U.S. Civil War mainly in New York they included : Ralli & Co. established in 1851, Eustratius Petrokokinos in 1854, Fachiti & Co. in 1855, Rodocanachi & Franghiadi in 1855, Peter P. Rodocanachi in 1855, Coco G. Scaramanga in 1855, George Pitzipos in 1856, Roidi, Rodocanachi & Carali in 1857, Negroponte & Agelasto (represented A.Ralli & Co. of London) in 1861, Thomas Zizinia in 1862, Scaramanga Brothers in 1863, Benachi, Botassi & Co. in 1865, Miltiades Psiachi in 1865, Nicholas Psomades in 1865, N.P. Psomades in 1865, Etienne Ralli in 1865, John Ralli in 1865, Theodore A. Ralli in 1865, Munzinger & Pitzipios in 1865; and many more followed after the Civil War. Within the Civil War their linkages to other cotton markets around the world to supply cotton to English and European mills was important in decisions by those nations to remain neutral to the conflict.

Later and after the establishment of the New York Cotton Exchange the Greek cotton merchants in the U.S. were major charter members of the exchange and a Greek merchant was always a member of its Board of Managers from 1870 to 1899. They rapidly after the U.S. Civil War extended their businesses throughout the “cotton belt” with a significant number of branch offices and purchasing agencies. They opened American brokerages and warehousing companies in Charleston, Savannah, Augusta, Galveston, Columbus , Mobile and Memphis. Per the Atlantis newspaper in January 3, 1906 the Ralli interests formed “some twenty agencies in the U.S. and exported $40 million of cotton to Europe. “

Your ticket for the: “Revolution of 1821, Hellenic “Cotton Triangle” Merchants, and the American Civil War” Panel Discussion