“The Effects of the Hellenic Revolution on Medicine, Health & Wellness in Greece, America, and Europe” Panel Discussion 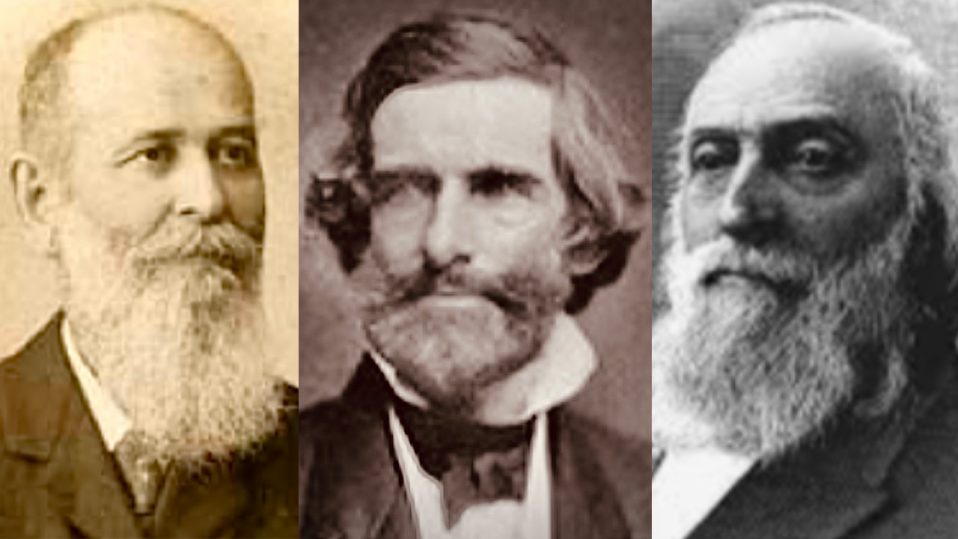 Join us for EMBCA’s “The Effects of the Hellenic Revolution on Medicine, Health & Wellness in Greece, America, and Europe” Panel Discussion on Sunday, April 11 at 2 P.M. EST (11 A.M. PST, 9 P.M. Athens EEST). The panel for this unique event will be introduced and moderated by Lou Katsos, EMBCA's President/Founder. The distinguished panel will include Sotirios Stergiopoulos MD, FACP, President and CEO of A2A Pharmaceuticals; Author/ Engineer/ President of the Pammachon Cultural Union Kostas Dervenis; Orthopedic Surgeon/ Hellenic Army Major Evangelos Tsialogiannis; Jennifer Arnott the Research Librarian of the Perkins School for the Blind; and Lisa Norberg the Library Director of The Cooper Union for the Advancement of Science and Art.

Greece in 1821 was the first independent nation-state to successfully break away from the Ottoman Empire. Philhellenism and neoclassicism, the precursors to the Revolution, led Europeans such as Lord Byron and Charles Nicolas Fabvier to advocate internationally for Hellenic independence from the Ottoman Empire, but it was the Revolution itself that lit the match and resulted in a tremendous dispersion of knowledge, customs, beliefs and practices. The Hellenes under the Ottomans had turned the tables on their oppressors while still under their administration. During the 17th, 18th and 19th centuries,Hellenes had more and better schools than any other people in the Balkans. Behind this achievement lies their performance in trade and commerce, on land and sea, that created a network in the West and Far East, boosting their self-confidence, bringing knowledge and experience, and empowering a once subjugated nation. Spyridon Trikoupis, a scholar who lived through and fought in the Revolution, wrote: "The Greeks, despite being "dominated", excelled and progressed..”. The Revolution led to the dispersion of knowledge and practices in health, medicine and wellness throughout the world. This panel will discuss precisely these factors and how they affected Western societies, emphasizing the contributions of John Zachos, Samuel Howe, Michael Anagnos, Panagiotis Soutsos, Evangelos Zappas, and Heinrich Treiber, among others. As examples Samuel Gridley Howe, who fought in the Greek Revolution, was a 19th Cen. well known American physician, abolitionist, and an advocate of education for the blind; Michael Anagnos was the 2nd director of the Perkins School for the Blind (Howe being the first and his son in law) and a noted author, educator, human rights activist and well known for his work with Helen Keller; and John Celivergos Zachos (Howe's in a way adopted son) was a Hellenic-American physician, literary scholar, elocutionist, author, lecturer, inventor, and educational pioneer as well as an early proponent of equal education rights for African Americans and women, and also a Professor and Library Curator at Cooper Union.

This event and others we have had, and are being planned are part of EMBCA’s American Hellenic Revolution of 1821 Bicentennial Committee series of events focusing not only on the Revolution but also importantly on the American, Diaspora and International aspects and influences of the Revolution for its 200 Year Anniversary.

Register for Event: “The Effects of the Hellenic Revolution on Medicine, Health & Wellness in Greece, America, and Europe” Panel Discussion

Your ticket for the: “The Effects of the Hellenic Revolution on Medicine, Health & Wellness in Greece, America, and Europe” Panel Discussion

“The Effects of the Hellenic Revolution on Medicine, Health & Wellness in Greece, America, and Europe” Panel Discussion