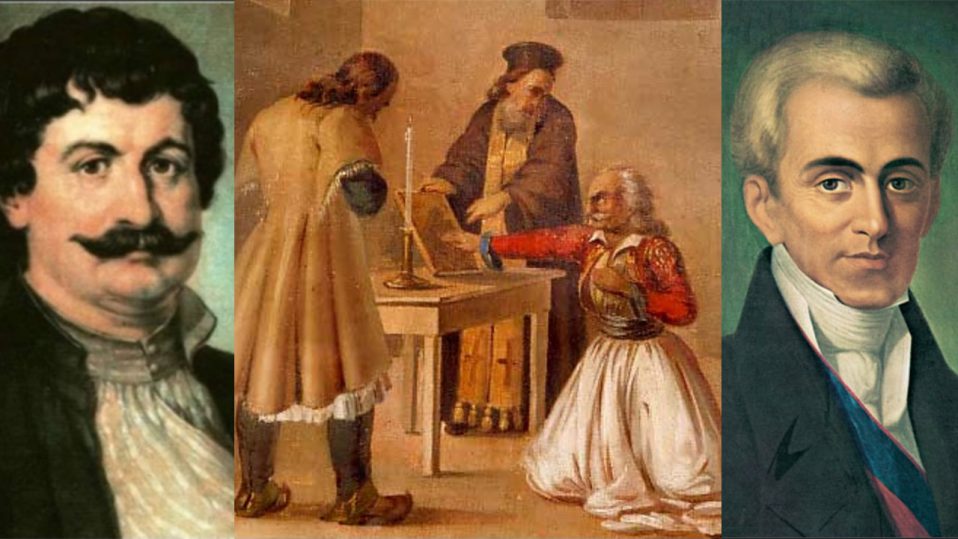 Join us for EMBCA's “The Legacy of the Hellenic Diaspora in the Revolution of 1821” Panel Discussion Webinar on Sunday March 7 at 2 P.M. EST (11 A.M. PST, 9 P.M. Athens EEST) in Association with AHEPA’s Hellenic Cultural Commission and the Hellenic American National Council. The panel for this unique event will be introduced and moderated by Lou Katsos, EMBCA's President/Founder who will also present on “Hellenic Klephts/Armatoli/Mercenaries Foreign Service Veterans and Their Contributions in the Revolution of 1821". The distinguished panel includes Historian/ Author Prof. Alexander Kitroeff of Haverford College on ""From Diaspora Merchants to Patriots", Author/ Writer /Byzantinist Alexander Billinis on "The Hellenic Shipping Network and its Effect on the Revolution", and Author/Poet Nicholas Alexiou, and Professor of Sociology and Director of the Hellenic American Project at Queens College on "Rigas Feraios and Human Rights".

The Hellenic diaspora (Ὁμογένεια) , one of the oldest and largest in the world, with a continued presence from Homeric times to the present has played a very important role in Hellenic history including a significant one in the Hellenic Revolution of 1821. These diaspora communities existed for centuries throughout the Balkans, Russia, Ukraine, Austria, Venice, Calabria and Bari in Italy , the Middle East, Eastern Anatolia, Georgia, the South Caucasus, Egypt, Cargèse in Corsica, France and beyond. Examples of their influence range from the role played by Hellenic expatriates in the emergence of the Renaissance, through liberation and nationalist movements involved in the fall of the Ottoman Empire, to commercial developments across the world. In many ways before and during the Hellenic War of Independence these communities raised funds and awareness abroad, fought, and served among other things as senior officers in Hellenic armies to help create and establish the modern state of Hellas. Educated and influential members of the large Hellenic diaspora, such as Adamantios Korais and Anthimos Gazis, helped establish Hellenic national identity and achieved through the dissemination of books, pamphlets and other writings in a process that has been described as the "Diafotismos." The most influential of these writers and intellectuals who helped to shape opinion both in and outside the Ottoman Empire was for example Rigas Feraios. His death fanned the flames of Hellenic (as well as Balkan) nationalism and his poem, the Thourios (war-song), was translated into a number of Western European and later Balkan languages, and served as a rallying cry for Hellenes against Ottoman rule. In this webinar we will be discussing among other things various diaspora Hellenes (Rigas Feraios, Korais, Kapodistrias, Ypsilanti, Kolokotronis, etc) and Hellenic communities (Vienna, Odessa, Trieste , Ionian Islands, etc.) and societies like the Filiki Etairia and their effects on the Revolution. This event and others we have had, and are being planned are part of EMBCA’s American Hellenic Revolution of 1821 Bicentennial Committee series of events focusing not only on the Revolution but also importantly on the American, Diaspora and International aspects and influences of the Revolution for its 200 Year Anniversary.

Register for Event: “The Legacy of the Hellenic Diaspora in the Hellenic Revolution of 1821” Panel Discussion

Your ticket for the: “The Legacy of the Hellenic Diaspora in the Hellenic Revolution of 1821” Panel Discussion