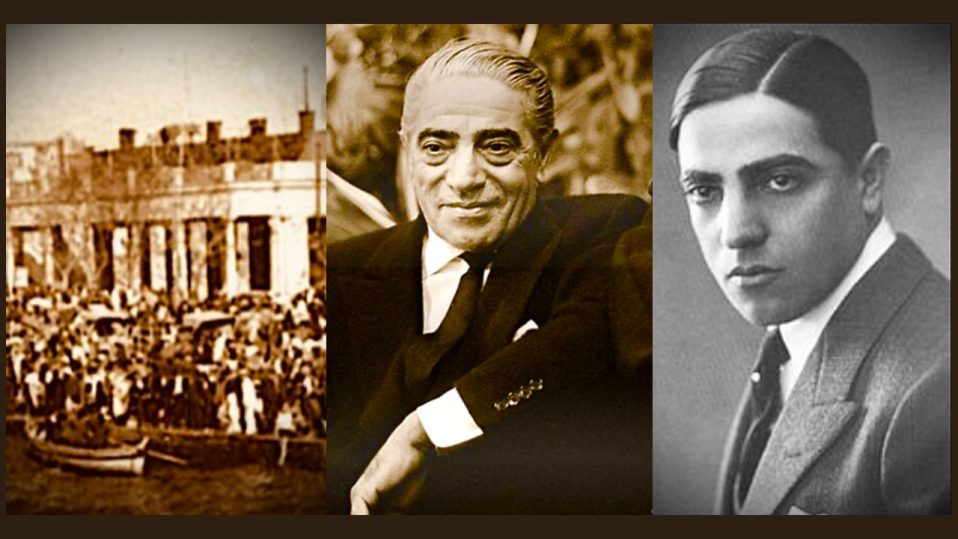 This year is the 100 Year Anniversary of the Burning of Smyrna and EMBCA will have a few panel discussions this year on it , and it’s effects and consequences. The Burning of Smyrna (in the Hellenic – Καταστροφή της Σμύρνης) refers to the deliberately set fire four days after Turkish forces entered and captured the port city of cosmopolitan Smyrna in Asia Minor and which completely destroyed its Hellenic and Armenian quarters. The fire was started September 13 and extinguished September 22 in 1922. Turkish troops per eyewitnesses systematically cordoned off the Quay to contain the Hellenes and Armenians within their fire zone quarters and prevented them from fleeing. The estimated Hellenic and Armenian deaths resulting from the fire range up to 100,000. Approximately up to 400,000 Hellenic and Armenian refugees were in the city from other parts of Asia Minor, to escape the Turkish Troops and irregulars, crammed its waterfront and quays to escape from the horrific flames. Eyewitness reports describe panic-stricken civilian refugees diving into the water to escape the flames and that their terrified screaming could be heard miles away.

The Onassis story, one of the tens of thousand stories of survivors of the Smyrna Genocide, is a story that must be told. In his case Onassis a product of the Smyrna catastrophe became one of the most famous, richest and most fascinating charismatic men in the 20th Century. Born in Smyrna Aristotle Socrates Onassis (1/20/06-3/15/75) fled the city with his family to Greece in 1922 in the wake of that burning of and the last phase of the 30 Year (1894-1924) Hellenic/ Christian Genocide. He never forgot that during this period, he lost three uncles, an aunt, and her husband and their daughter, who were burned to death in a church in Thyatira where 500 Christians were seeking shelter during the Smyrna burning. With the Onassis family's substantial Asia Minor property holdings lost, he and his family become refugees and Aristotle hell bent to succeed . He arrived from Greece at age 17 in 1923 to Buenos Aires, Argentina with a Nansen passport (originally and officially stateless persons passports from 1922 to 1938) virtually penniless. The rest is history and a history this panel discussion will explore.

We will also explore the new Off Broadway play ONASSIS on his life written, produced, and acted by Anthony George Skordi. The play will open March 3rd and runs through the 20th, 8pm. at The American Theatre of Actors, 314 West 54th St., NY, NY.. On March 15 on the Anniversary of Onassis’s passing EMBCA in Association with AHEPA and the AHEPA National Cultural Commission and everyone associated with the play will have a Special Charity Fundraising ONASSIS play event. All the ticket proceeds that evening will be going (50/50) to the Greek Division of Ronald McDonald House which provides support services for families from Greece and Cyprus, as well as for Greek-Americans staying in New York City while battling cancer; and to the Hellenic American Project (HAP) at Queens College a nonprofit program that documents the Hellenic American presence in the United States from the first wave of mass immigration in 1900 to the present and operating as a research facility, archive, Greek American Library, museum, and event space. Details on the Charity event will follow shortly.

Register for Event: “The Life and Times of Aristotle Socrates Onassis” Panel Discussion

Your ticket for the: “The Life and Times of Aristotle Socrates Onassis” Panel Discussion