“The Life, Times, and Works of Dan Georgakas” Panel Discussion 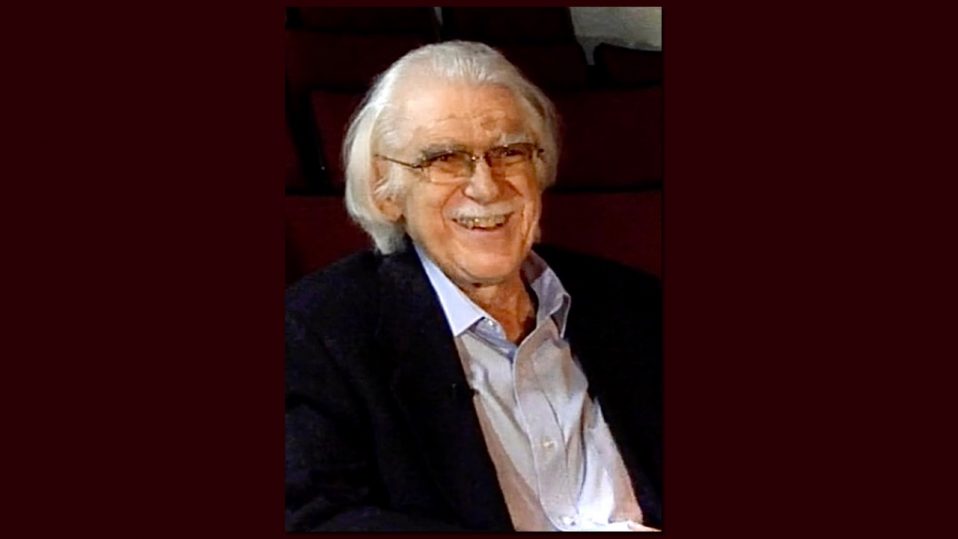 Join us Sunday for EMBCA’s “The Life, Times and Works of Dan Georgakas” Zoom Webinar Panel Discussion on April 10 at 2 P.M. EST/ 9 P.M. Athens EEST. The panel will be Introduced and Moderated by Lou Katsos EMBCA’s President. The distinguished panel will include Historian/ Author Professor Alexander Kitroeff of Haverford College; Author/Historian/Activist Herb Boyd, Professor of the Black Studies Program at the City College of New York, CUNY; Scholar/Author/Specialist in Comparative Urban Politics and Social Change Dr. Marvin Surkin; Author/Poet Nicholas Alexiou, Professor of Sociology and Director of the Hellenic American Project at Queens College; Historian/Educator/Author Constantine Hatzidimitriou; and Georgios Anagnostou the Miltiadis Maranakis Professor of Modern Greek Language and Culture at Ohio State University. Dan Georgakas’s passing on November 23, 2021 was a tremendous loss to the Hellenic as well as the greater American community. Although it is impossible to fully describe his accomplishments in so many fields as an author, editor, historian, journalist, college professor, film festival organizer, and many other things our panelists who knew him well on a personal level, and in different ways, will discuss this great man from their perspectives.

Dan Georgakas (1938- 2021) was an American anarchist, poet and historian, who specialized in oral history and the American labor movement. He best known to some for the publication Detroit: I do mind dying: A study in urban revolution (1975), which documents African-American radical groups in Detroit during the 1960s and 1970s. In 1966 he and painter Ben Morea helped found the well known Anarchist group Up Against the Wall MF affiliated with New York City's Lower East Side. In the late 1980s, Dan began co-writing the Encyclopedia of the American Left (1990, 1998) with Mari Jo Buhle and husband Paul Buhle. Dan had long served on the editorial board of Cineaste magazine and specialized in Latin American cinema.

He was the Director of the Greek American Studies Project at the Center for Byzantine and Modern Greek Studies of Queens College, the editor of the Journal of Contemporary Hellenic Issues and was a biweekly columnist for the National Herald. His most recent book was My Detroit: Growing Up Greek and American in Motor City. It was a loving but critical memoir of Detroit in the 1950-60s when it had the highest standard of any American metropolis. My Detroit proceeds from the industrial east side to explore Detroit's complex racial, artistic, economic, and political life. It s a subjective companion to his Detroit: I Do Mind Dying, a historical account of the city's turbulent 1960s.

He was the author, editor, or co-author of a dozen titles. He has spoken about film and mass media on MTV, the History Channel, the Canadian Broadcasting System, Pacifica Radio, the Voice of American, and Greek National Television among other radio and television outlets. Dan had taught at New York University, Columbia University, U of Oklahoma, UMass-Amherst, and Queens College. Many of his books have been translated into French, Italian, Spanish, and Greek or have been published in the UK.

He was also the subject of a documentary film titled Dan Georgakas: A Diaspora Rebel by filmmaker Kostas Vakkas. The film screened at the 17th Thessaloniki Documentary Festival in 2015. In it, Georgakas tells his life story and his experiences growing up in Detroit. He will be missed by many in the academic community, the hundreds of students who were honored to attend his classes and lectures, and our Hellenic community worldwide. Of note on the 100th Anniversary of the Burning of Smyrna his mother and aunt were among the children that were rescued by the Japanese ship the Tokei Maru (something he discovered decades later) during the Burning of Smyrna in 1922.

Register for Event: “The Life, Times, and Works of Dan Georgakas” Panel Discussion

Your ticket for the: “The Life, Times, and Works of Dan Georgakas” Panel Discussion

“The Life, Times, and Works of Dan Georgakas” Panel Discussion