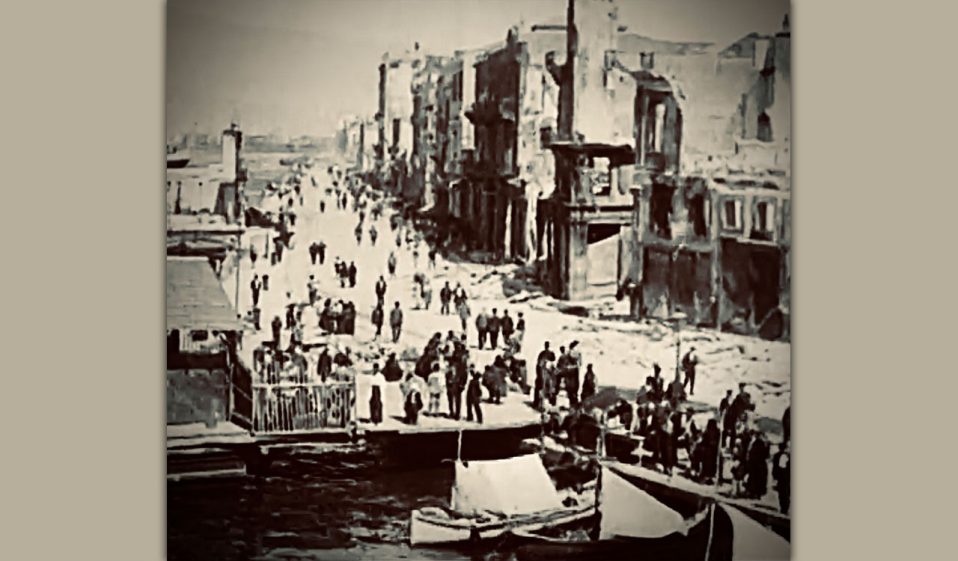 Join us for EMBCA’s "The Martyred City: The Smyrna Catastrophe (September, 1922). Remembrance of the Christian / Hellenic Genocide" Zoom Webinar on Sunday September 6, at 2 P.M. EST (11 A.M. PST, 9 P.M. Athens EEST) in Association with AHEPA’s Hellenic Cultural Commission. Presenters will include, EMBCA’s President and Chairman of AHEPA’s Hellenic Cultural Commission Lou Katsos on “Thirty Year Christian/Hellenic Genocide 1894 to 1924 and Beyond, an Overview” ; Professor Ismini Lamb the Director of The Modern Greek Program in the Department of Classics at Georgetown University on “Correcting Three More Misconceptions about the 1922 Smyrna Catastrophe”, Professor Nikos Michailidis a Sociocultural Anthropologist at the University of Missouri, St. Louis on “Remembering Genocide, Securing Democracy and Stability in the Eastern Mediterranean” , and Peter Stavrianidis, PHD Educator/Community Leader in Hellenic Genocide Issues on “The Destruction of Smyrna and the End of Hellenism in Asia Minor”.

The Smyrna Catastrophe (in the Hellenic – Καταστροφή της Σμύρνης) refers to the deliberately set fire four days after Turkish forces entered and captured the port city of cosmopolitan Smyrna in Asia Minor and which completely destroyed its Hellenic and Armenian quarters. The fire was started September 13 and extinguished September 22 in 1922. Turkish troops per eyewitnesses systematically cordoned off the Quay to contain the Hellenes and Armenians within their fire zone quarters and prevented them from fleeing. The estimated Hellenic and Armenian deaths resulting from the fire range up to 100,000, and approximately up to 400,000 Hellenic and Armenian refugees in the city from other parts of Asia Minor to escape the Turkish Troops and irregulars cramming its waterfront and quays to escape from the horrific flames. Women were raped and tens of thousands of Hellenic and Armenian men were subsequently deported into the interior of Anatolia, where many died in harsh and brutal conditions. After the Smyrna Catastrophe the Hellenic city founded 3,000 years before , a jewel of the Eastern Mediterranean, ceased to have Hellenic residents.

The title of the remembrance "The Martyred City" is taken from George Horton's (U.S. Consul or Consul General in Smyrna 1911–1917 and 1919–1922) poem by the same title from his famous book The Blight of Asia" and his eyewitness account of the burning of Smyrna.

* [Referring to Chyrsostom the Archbishop of Smyrna.
Martyred at Smyrna, September 1922.]

Your ticket for the: “ The Martyred City: The Smyrna Catastrophe (September, 1922). Remembrance of the Christian / Hellenic Genocide” Panel Discussion Zoom Webinar