EMBCA > Blog > Events > 3 West Club, NYC > The Life, Times, and Works of John Cassavetes, on the 90th year of his birth and the 30th year of his passing 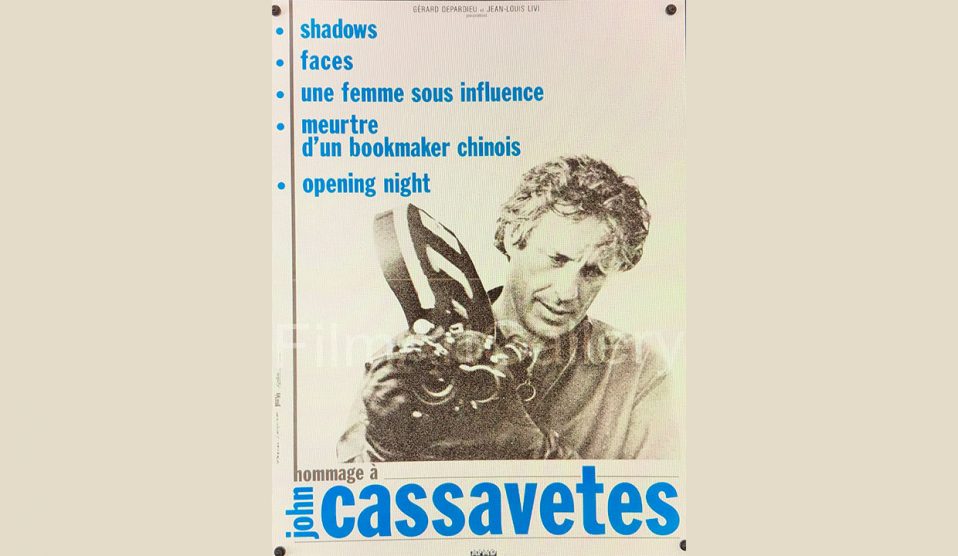 Join us on Thursday, December 12 at the 3 West Club (3 West 51 St.) at 6 P.M. for EMBCA’s, in Association with the Hellenic Film Society USA, AHEPA and HAP at Queens College, “The Life, Times, and Works of John Cassavetes” Panel Discussion, on the 90th year anniversary of his birth (December 9, 1929) and the 30th year of his passing.

The well known illustrious panel will include among others panel Moderator George Stephanopoulos an Independent Producer and Media Attorney and panelists Author Nicholas Alexiou, Professor of Sociology and Director of the Hellenic American Project at Queens College ; Author Foster Hirsch, Professor of Film at Brooklyn College ; Independent Film Director, Screenwriter, Editor, Actor and Novelist John Sayles ; and Actor, Producer, Film Maker George Zouvelos Past President of Cassavetes’ AHEPA Chapter #186. The program will include an introduction and remarks by Louis Katsos EMBCA President and AHEPA Governor and Hellenic Cultural Commission Chairman, with remarks by James DeMetro Director of the Hellenic Film Society USA.

John Nicholas Cassavetes / Ιωάννης Νικόλαος Κασσαβέτης (12/ 9/ 29 – 2/ 89) was a well known Hellenic American actor, film director, and screenwriter and regarded by many as the father/ progenitor of American independent film. He was involved in his career in every aspect of the film, television, and stage arts, including acting, directing, scoring, shooting, editing, producing, and marketing. Notably he was one of the few filmmakers in the history of the Academy Awards to be nominated for directing, and writing awards. He wrote and directing over a dozen movies and pioneered the use of improvisation and a cinéma vérité style. He also acted in many Hollywood films, notably Rosemary’s Baby (1968) and The Dirty Dozen (1967). He studied acting with Don Richardson, utilizing an alternative technique to method acting which privileged character over traditional narrative.

Born in New York and raised in Long Island John Cassavetes’ early years were spent in Hellas and which contributed to a life long linkage with Hellenism and the Hellenic American community. He was a member of the AHEPA Astoria Hermes Chapter #186 , which at the time was the largest AHEPA Chapter, along with Telly Savalas.